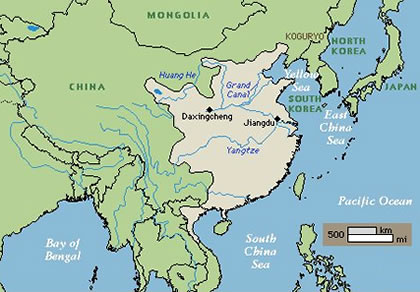 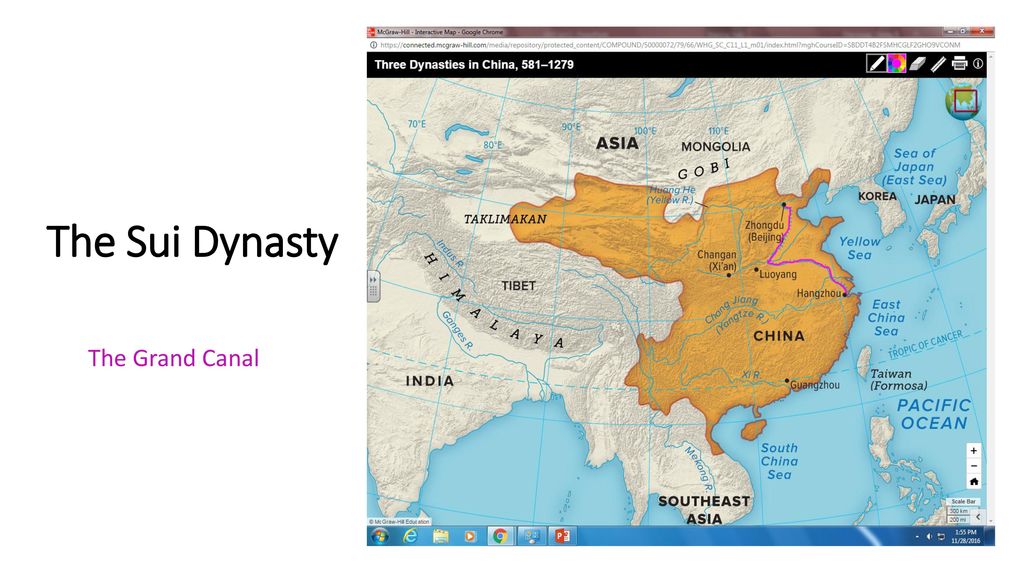 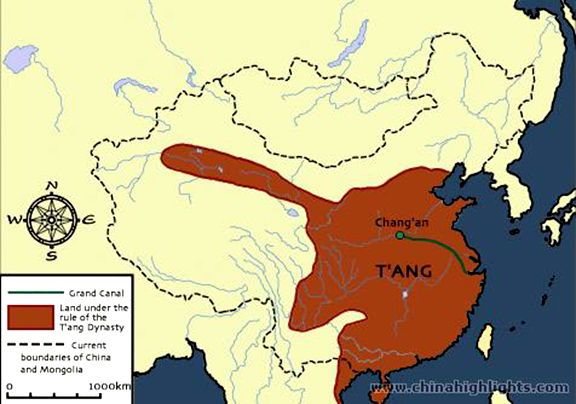 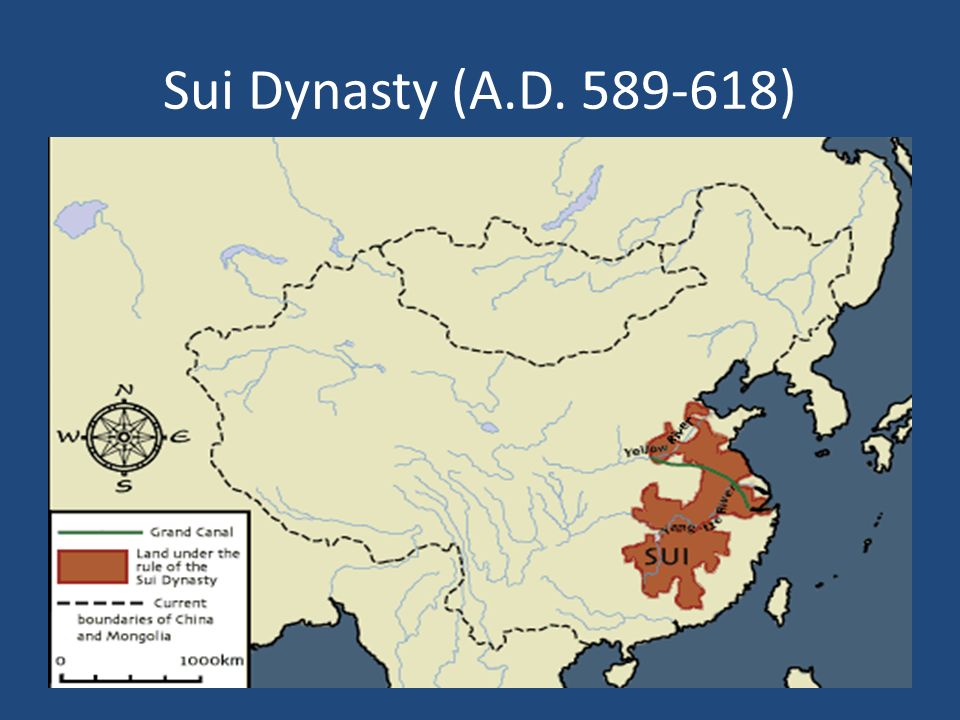 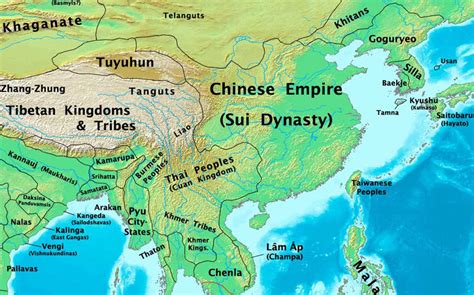 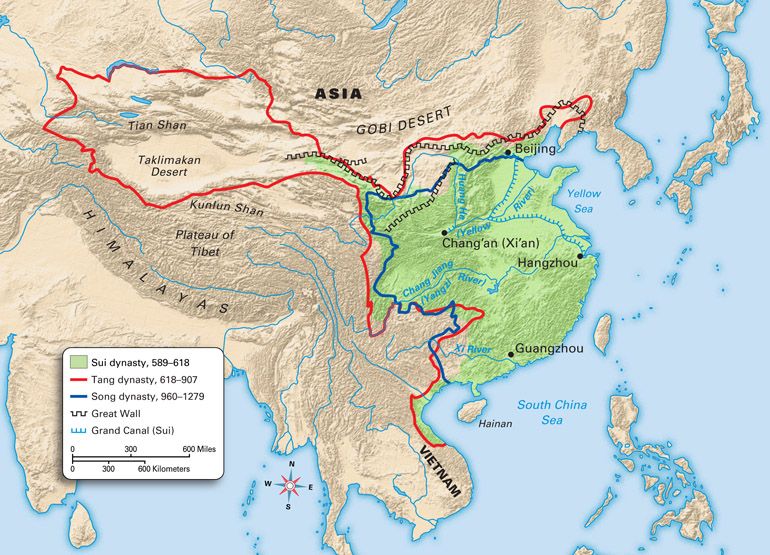 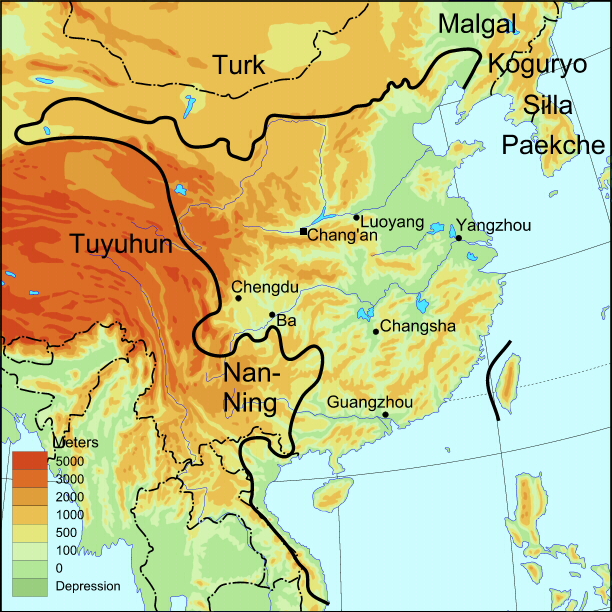 Chinese History - Sui Empire Geography. The Sui dynasty was, after long centuries of division, the first to reconquer the whole territory of China. The imperial canal stretched from the lower Yangtze area to the capitals in the north to ensure their supply with grain. Guangxi, Hainan, north of modern Vietnam.